The Aces extended their 2015 record to 18-4-1 by going 4-0 at the PGF Indoor held at Missouri Western University.  The Aces started the day strong with a 7-0 win against the Extreme Elite Gold.  The second game was a tough fought battle against the KC Peppers Gold ending 1-0.  Game three of the day was a 4-2 victory over the St. Joe Angels.  The Aces never let off the gas by beating the I-Club Blue 3-2.  Good pitching and timely hitting combined was the story of the day.

Brooke sizes up the pitching as Havyn and Kami look on. 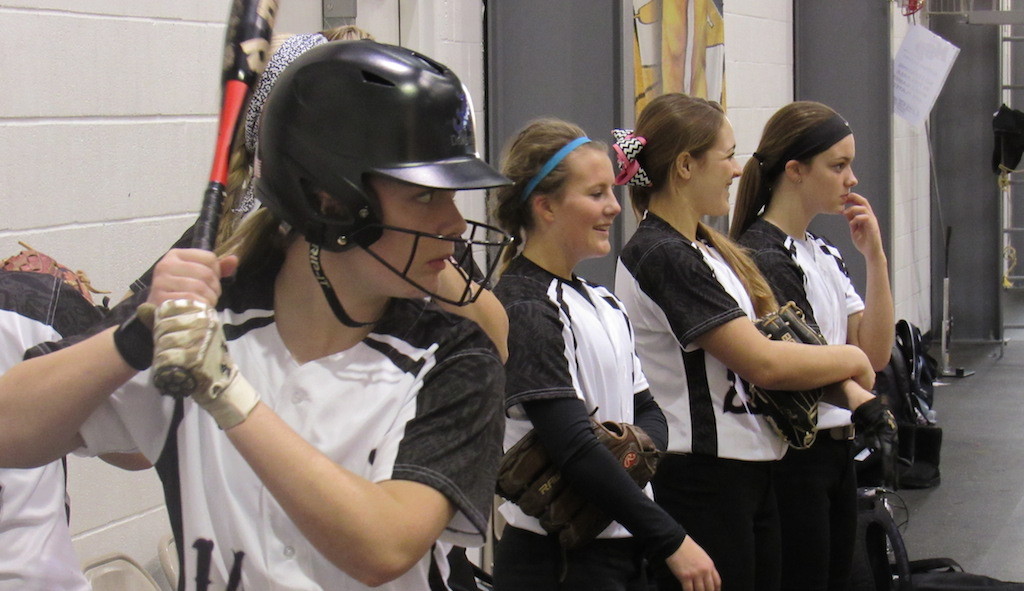 Coach Taylor and Kendal at first.

The Aces take the field.

Some of our concession stand helpers.  Dena, why so shy?